Added an AI for playing alone

- I dont know why the text is blurry. I will fix this soon (this issue doesn't appear in the windows version)

In brackets are the mechanics for keyboard.

The goal of the game is, to carry the present in the gras field on your side.

You can make snowballs in the snow area, but you can carry only 3 at a time. If you hit another player he will be slowed. If you hit him twice in a short time he will freeze. When a player carries the present he is slow and will be freezed immediately if he gets hit by a snowball. The longer you aim the faster the ball will be. To win the round you have to drop the present on your gras field. Then you can either play another round or reorder the teams.

The player are nominated in turn. So the first player pressing A is in Team 1 the second in Team 2 and so on.

I made this game in my free time. I'm a computer science student and it its my first game. There are some bugs in it, but most of the time it works.

The AI ist really basic and only a alpha version. So there could be bugs. Just report them to me.

I'm planning to include different characters and power ups.

And yes these are pokemon sprites. I had no time to make my own yet. But I will. If you are a graphic designer and would like to help me, you're welcome.

If you find any issue or you think about something you would love in the game, let me know. 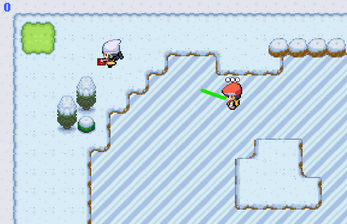 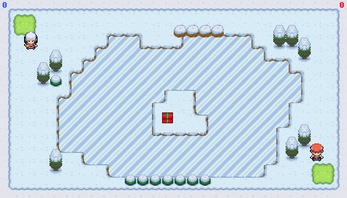 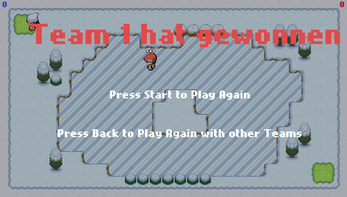